skip to main | skip to sidebar

The EnglEasy team has been heads down for the past few weeks getting ready for 2011.  It has been an amazing year, and we have been so fortunate to have such great mentors and supporters.  Here are some key milestones:

January - Started the year working on an MMO style game on the PC and Mac.  We found out that building such a world would take a lot of time and resources.  We continued to build contacts in Silicon Valley, and then eventually relocated in San Francisco from Minneapolis, MN.

April - Won Startup Weekend Silicon Valley.  We switched from making an MMO to go into Mobile with some exciting voice recognition technology on the Android platform.  We also were fortunate enough to be the wildcard in the Web 2.0 Launchpad event a week after Startup Weekend. 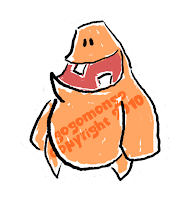 August - Mongo is born.  After much iteration, we were able to create a main character for our company.  Mongo was designed through multiple iterations.  We had tons of input from my little cousins on the design.  We also spent quite a bit of time researching iPhone and iPad games with my little cousins trying to understand what things they liked and what they disliked.  It turns out that there aren't many high quality educational games on the Apple App store that can keep their interest.  This is exactly what we are trying to solve!

October - The initial Android prototype is built.  After some play testing, we find that the Google Voice recognition software is too slow for most younger kids.  We then went on to search for better technologies.  Furthermore, we found that Android still doesn't have as slick of an interface as the iPhone.  My little cousins HATED the Android, and they were VERY VERY vocal about it.  Come on Google, step it up!

November - Kauffman Foundation Bootcamp.  We were fortunate to be finalists in the Kauffman Labs Bootcamp.  Although I can't speak much about it, it was an amazing experience and we got to meet a lot of great people.  We did not get selected for the incubator program, but that isn't stopping us from pushing forward!


December - We are hard at work, working on re-branding the company.  EnglEasy was a great name for the Middle Eastern market, but for everyone else, we need an easier name.  Watch for our new name early next year!  We are also working on a few new prototypes that will be built on both Android and iOS platforms.  Thanks to Adam and his crew at RhoMobile for helping us out with this!

Whats Next - 2011
2011 will be a pivotal year for EnglEasy.  We are looking forward to releasing our first app by the end of first quarter, and a subsequent release by September.  We are also prepping to get on Kickstarter early next year with some cool merchandise, and hopefully raise a little bit of cash.

Again, thanks for all the support everyone has provided, we won't be here without all your help!  Keep watching for some exciting announcements early in 2011!
Posted by Ahmed at 4:17 PM